Reacting to Violence as Christian Entrepreneurs 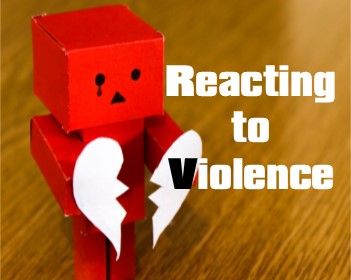 As Christian entrepreneurs, we must learn to be wise about how we treat others.

Last week there was a horrible attack on police officers here in Dallas. It was heartbreaking to know that someone felt so strongly about something that they let hate overtake them.  Even while most of the protesting group was there for peace, one person decided it was a perfect time to cause havoc.

During our Bible study hour this Sunday, we had an open discussion about the incident.  One man got very agitated and quickly burst out.  He was blaming and spoke very loudly.  He got up and left in a huff.  Instead of listening to what was being said, but reacted based on how he felt.  It was disturbing to say the least.

On the other hand, during the Sunday sermon my pastor said, “There are two sides: love and hate.”  I was hoping this man heard that statement and took it to heart.  See, it is not about black, or white, or brown, purple, green or blue.  There are only two sides and both of them are how we act. Do those actions lead us to love and peace or hate and retribution?

As humans, we like to compartmentalize people and situations.  We like everything to stay in the little boxes we comfortably place in our minds.  Yet, that is not reality.  People are complex beings created in the image of God and living in a fallen world that affects us all.

We hear cries, “They did that.” Or “We think this.”  Words like this separate us.  As business owners and leaders, we must realize we are all ‘we.’  When someone is hurt or outraged, we need to listen with compassion and help them deal with the situation rather than allowing them to lash out.  We need to help them feel God’s love.  We need to take time to understand them because ultimately, people want to be understood.

Yes, we can exclude extremist and terrorist who seem to take actions with no reason. However, we have to be careful about making assumptions about motives.  We don’t know what goes on in the head of someone who takes such drastic actions.

Can I say what happened was wrong?  Yes, of course.  Something is wrong when people die.  But I don’t have to group everyone like that person into one big bunch and blame ‘them’ for all the bad things that happen.  I must realize that he, was just like me.  He made choices just like I do every day.  His choices may not have been the ones that I would have made, but I am a ‘sinner saved by grace’ just like anyone else.

I am not saying that I would take such drastic action.  Nor am I saying that we should understand what some would call evil.  I am saying that when we take time to understand others and show them the love of God, love will prevail instead of hate.  Love conquers all and when it is God’s love, there is so much of it to give.  There is so much of God this world need to see and Christian entrepreneurs have an obligation to show it.

I guess my questions is: At what point did it become us against them?

God created all humans in His image.  We are all children of God and therefore brothers and sisters under His loving care.  When we take actions based on love instead of hate, the world will notice.