Social Media Guide from the Bible! 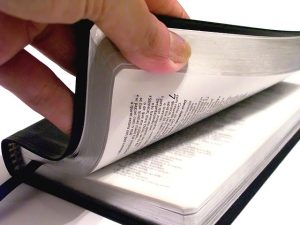 Don’t you wish the Bible had a books called the 1 & 2 Twitter or Chronicles of Facebook?  It would be good to see what Jesus had to say about social media and on social media, wouldn’t it?

We all know there is nothing in the Bible talking about social media because social media was not around at the time . . or is there?

Here’s a reality check: In biblical times they had similar social problems we have today.  The same thing was happening verbally in the biblical age that is happening online now. It is not a new problem, it is just a new media. (Thanks for that wisdom, Shawn O’Madden.)

Let’s look in the Bible to see how Paul guided Timothy, a young Christian leader:

2 Timothy 2 23 Don’t have anything to do with foolish and stupid arguments, because you know they produce quarrels. 24 And the Lord’s servant must not be quarrelsome but must be kind to everyone, able to teach, not resentful. 25 Opponents must be gently instructed, in the hope that God will grant them repentance leading them to a knowledge of the truth,26 and that they will come to their senses and escape from the trap of the devil, who has taken them captive to do his will.

Now, I don’t want to read too much into it, but if this was modern day Paul talking to Timothy, this passage would be talking directly about social media.

Let’s just walk through the Bible and glean wisdom from it directly:

Don’t have anything to do with stupid arguments.  If you go to social media and react, you will be pulled into an argument. If you go online for an argument, you have already lost. Don’t do that no matter how many buttons that troll tries to push.

Be kind, not quarrelsome.  There are too many Christians arguing and bashing what people are doing rather than being kind and teaching the right way.  We are to be able to teach by our actions and our words.  If all we do is argue, we become bitter and cannot be a good teacher, much less a good witness.

Don’t be resentful.  If you feel like you are not treated fairly, you want to burst out and let your feelings be known.  I get it, but social media is not the place for an emotional dumping ground.  God never said we will be treated fairly in this world, just ask Job!

Gently instruct in hope.  Wow!  This one says it all.  Be gentle and always share the hope of Christ.  When Jesus was on the earth, He didn’t go around judging people for sins.  He was honest, sincere and showed the hope of eternity.

When you break down this scripture, you can easily see how it applies directly to social media. It is a great guideline to use as we post for our business or for ourself.